TAKE ME TO: The Seattle Refined "Movers and Shakers" Article
Search 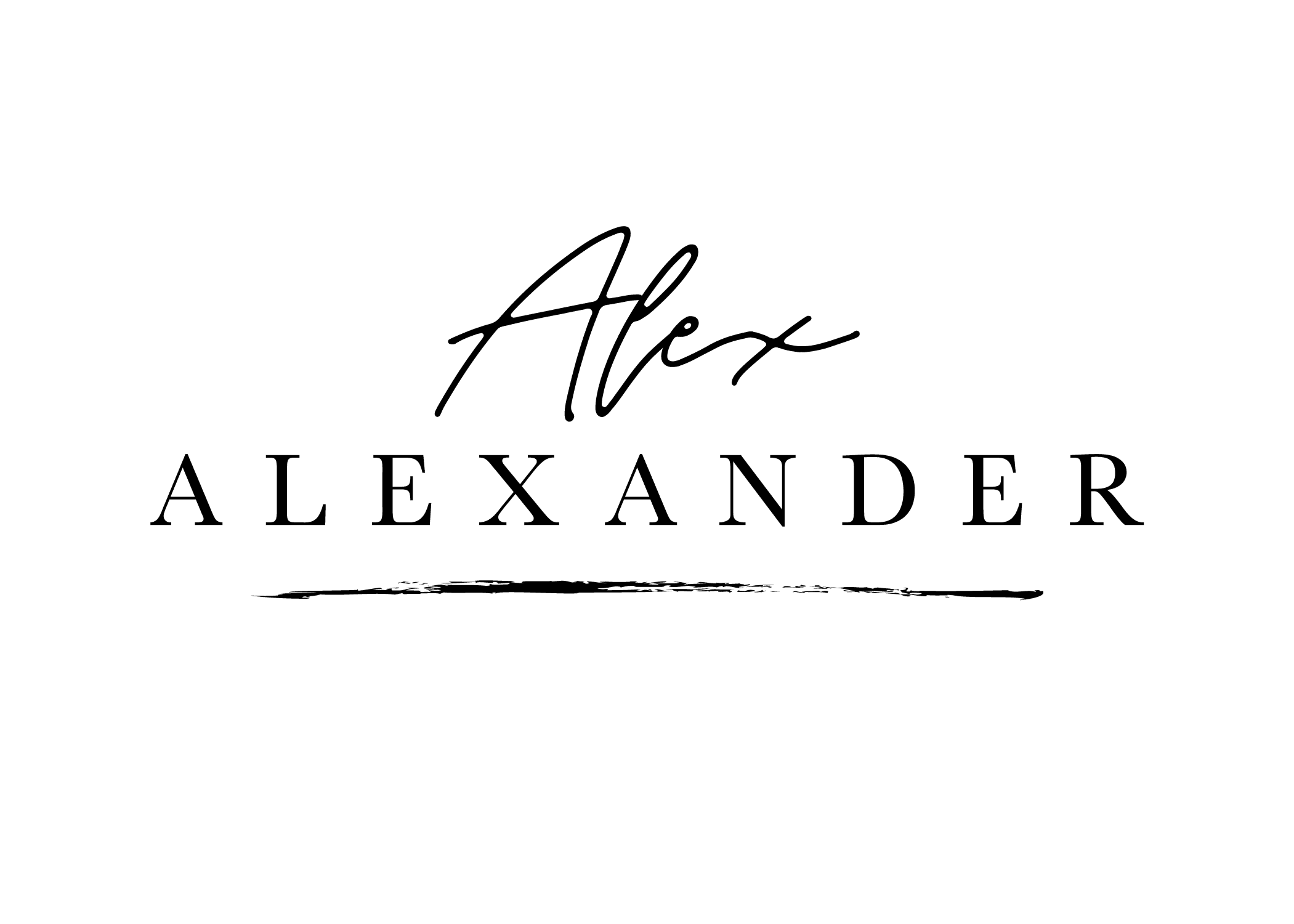 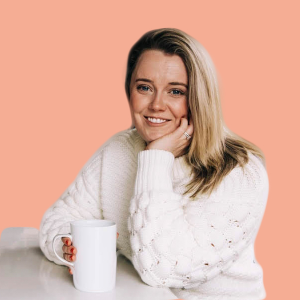 Get yo ass here now

Won’t Be disappointed + worth your money/time


Not worth a line/wait, but very happy we are here

Delicious, but don’t go out of your way

Mistakes were made so you don’t have to

Straight up threw it away

Street Cart Hot Dog – my mistake. I got a ballpark dog

Ok, that is the end of our list. HOWEVER, we also have this great list from a friend, which I don’t plan to publish, but thought I would throw in here for you. It’s the massive list below.

My only final note — dependning on what you want to do, we did the two day city pass and it was SO worthwhile. We got to see all sorts of sites and would honestly probably do it on one more trip someday just to see the thigns we didn’t get to.

Hope your trip is a blast!! – Alex

If you have any follow-up questions, let me know. We go to NYC a few times a year, and my girlfriend grew up in the area. Otherwise, have an awesome trip!

NYC – food, and a weekend itinerary

These days, I would probably not eat any of this, but if it’s your first trip to NYC, you’re allowed and encouraged to eat all of the ‘iconic’ items that make up the smell of the city air.

-A street gyro. You’ll pass plenty of guys with gyro stalls. If you’re a big eater or have a lunch to spare, it’s a sub-$10 lunch that’s packed with who-knows-what kind of gyro meat, all the good sauces, and a soft, buttery naan.

-Nuts4Nuts – everywhere. Found by the sweet, intoxicating smell of roasted nuts. This is a must-have snack. Spend a couple bucks on a little paper baggie of roasted cashews.

-Pizza: San Matteo, Diavola, Scarrs-Deli: Delis are a real thing in NYC, and Katz’s Delicatessen is famous for a reason. An iconic Jewish deli for the most loaded, delicious sammy.

-Egg shop – kind of gimmicky but good, everything is egg based

-Miss Ada (brooklyn) – Israeli, all the dips and shawarmas and chicken livers and pitas

-Hu Kitchen – $15 meal, one of the first paleo restaurants in the country. You might see a few sweaty sixpacks in there or a model grabbing lunch. The food is awesome and made with delicious, whole foods. Very fast casual, order at the counter. Expect to leave with a latte and paleo pumpkin bread.

-Cafe Clover (pricier), but the kinda place that’s mostly not gonna make you feel bad about yourself

-ABCV – an upscale, beautiful restaurant beloved by vegans and nonvegans, though i think its vegetarian? Known for the iconic massive dosa with avo and yog

-Dirt Candy – an upscale playful place that does crazy stuff to vegetables, never been, a staple

-Jajaja plantas – I love this place. It’s in LES (lower east side) and it’s adorable and tiny and super hip inside. All the tacos are really affordable, creative/funky, and 100% vegan, with lots of gf options.

-double zero – matthew kenney pizza-wine bar (nicer spot, where you take a vegan biddy on a date kinda place). He also has xyst (mediterannean vegan), and some other spots.

-Cosme or Atla. By acclaimed Mexican-American female chef, amazing, the duck carnitas at cosme is legendary. Cosme for lunch is a pretty good deal

-Sushi: Sushi Noz, hit up the side room where the sushi is *only* $175, and the omakase will blow your mind. The bar costs nearly double, with crazy shows by the chef, but like, who needs that.

-Momofuku Kawi – go for lunch, for under $30. Amazing Korean-fusion upscale foodie food for sure. Any Mokofuku restaurant (the upscales or the casual fries chicken spot) will leave you super well fed and impressed with David Chang’s inventive approach to Korean food and craveable flavors

-Atomix, a michelin-starred 10 course tasting menu with fun Korean dishes and a very playful atmosphere for $205

New York is obviously the place for the best of every ethnic cuisine in America, so it’s always worth it, to me, to have at least one meal from a cuisine you wouldn’t normally have at home. Here are some of the greatest hits.

-Oaxacan: La Morada in the Bronx – absurdly complex mole preparations, six total. A legit hole in a wall that doubles as a community center where the food is basically as close as it gets to ‘homemade’

–Bolivian: Bolivian Llama Party – a teeny counter stall in the columbus circle subway. The pastry stuffed with a soupy meaty filling will be a good $8 spent.

-Win Son – East Williamsburg Taiwanese food that is so creative and funky, like the scallion pancakes that are stuffed with beef tartare. Yes.

-Venezuelan? – patacon pisao – a $10 sandwich where the bread is smashed plantains, it’s filled with guac and carnitas, and you will leave actually in love

-Walk, starting nice and early, as much of 5th ave as your feet will allow you, starting around union square and heading north.. If you’re super into health food, start at Hu Kitchen with a paleo breakfast or baked good and coffee to go

-On your way, check out the empire state building general area and try and snag a essabagel (don’t go up the tower), also along your walk, pop into grand central station, and check out the rockefeller center

-Visit the MoMA or the Met. I much prefer the MoMA or the natural history, because ancient stuff puts me to sleep after about 5 minutes. It’s magnificent to almost everyone though, with its enormous collection size and quality. You’ll find everything from Roman statues to Renaissance oil paintings to revived royal rooms, as well as a few more modern exhibits. It used to be pay what you want, but that’s only if you can whip out a student ID or are a NY resident. The MoMA is obviously all modern and funky which i personally enjoy, and free from 4-8 on Fridays, but I have no clue how packed it gets then. In general, museums are busy, but less busy during weekday working hours. I am not a fan of the guggenheim, i find it kind of boring besides the building itself, which is cool.

-After the museum, walk through Central Park, using a map to not get overly lost…if you want a little DIY meal, hit up Zabar’s first, a little grocer, to grab fresh bagels, smoked fish, cheeses, etc.

-Head to Chelsea Market, an indoor food hall, maybe grab some food or a snack, then explore the neighborhood, very hip and packed with fun shops and pretty cobblestone streets, before hopping on the high line and walking south.

-Walk along the high line

-Finish with dessert from Momofuku Milk Bar, an essential

-Then, head to a late night show at UCB (Upright Citizens Brigade), where most SNL heroes were born. My fave show is ASSSCAT, but you need to look for tix in advance. These improv shows are explicit and generally amazing.

brooklyn is huge – i haven’t put together a walking map yet, so use something like this or this to figure out streets and routes. be ok with random walking but also this is a huge set of hoods to potentially uber/rail between, but try to prioritize the main streets on google maps (with the tan outlines) and/or google best streets to walk in brooklyn

-Get to the manhattan side of the brooklyn bridge, and walk across to enter

-walk along brooklyn bridge park and pier looking back at manhattan

-in the summer, the brooklyn 1 hotel is epic on the rooftop

-Walk Bedford ave in Williamsburg for cool shops. Williamsburg is confusing, use a map or something like this or this to make sure you walk on actually cool streets

-Lunch at Sofreh or pizza at the infamous Robertas

-in the summer, smorgasborg is outdoors, in the winter, its in williamsburg (look up address) – its a huge indoor market that’s pretty amazing with food and vendors

-Near Robertas, absolutely check out Sey Coffee and Fine and Raw Chocolate

-Check out the art in Bushwick and Williamsburg. Look for “The bushwick collective” a moderately shady (totally safe in daylight) hood with incredible street art, very well known

-Maybe grab a film at Nitehawk, brooklyns first dinner and a movie theater

-if time, pioneer works has cool exhibits and workshops

-another fun night option is royal palms shuffleboard club, a hip spot with DJs, food trucks, games, etc. Alternatively, the bell house is great for everything from shows to dance parties. check out the schedule

-if you can fit in modern love, i love it. sophisticated vegan food but homey and southern

-Start the morning at Equinox hudson yards – get a reservation online in advance to visit. It’s a cool very new architecturally-driven site with lots of shops, cool art, etc

-Head southwest to Little Italy and have brunch at Two Hands, and matcha from cha cha

-Grab lunch at Westbourne or

-Walk around Soho, West Village, and Little Italy aimlessly, solely referring to google maps to see that you’re in those neighborhoods and on main streets. These hoods are super hip, packed with adorable boutiques, galleries, coffee shops, and beautiful architecture

-Grab dinner at a special spot

-Finish with jazz at Bemelmans Bar in the iconic Carlyle hotel

-PS always try and score cheap broadway tix. Broadway is the best and a quintessential NYC experience. After you show, get late night food always.

More recent posts on the blog. 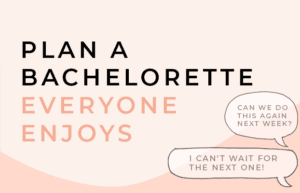 Plan a Bachelorette Party Everyone Enjoys

Hit enter to search or ESC to close